Kitchen Cleaning After a Grease Fire in Whiting 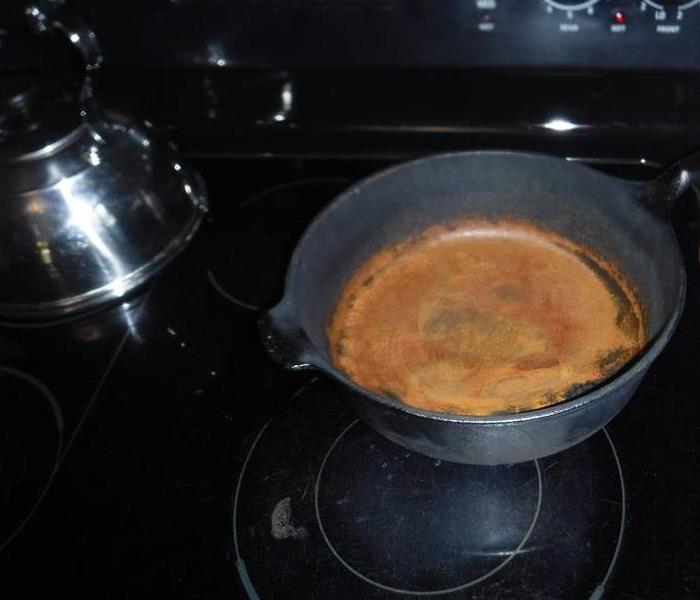 Do Electric or Gas Stoves Cause More Kitchen Fires?

Households that used electric ranges showed a higher risk of cooking fires and associated losses than those using gas ranges, according to the National Fire Prevention Agency. This could be because with an electric range it may be less obvious that a burner is still on.

Did You Know That Oil and Grease Could Start a Kitchen Fire?

Grease fires happen when oil, grease, or fat on a stovetop or oven get hot enough to ignite. They are highly flammable which means they can catch fire easily. Different oils burn at different temperatures or flash points, but every oil you can buy at the grocery store is capable of catching on fire if the temperature is high enough. When you're cooking with grease, it's important to know the warning signs that oils are getting too hot. Boiling and smoking are good indicators that it's time to turn down the heat. Oils heat very quickly, and once it starts to smoke, oil can catch fire in as little as 30 seconds.

NEVER try to extinguish a grease fire with water. Throwing water on the fire can cause burning grease to splash, which can make the fire spread and potentially harm bystanders. It is dangerous to move a pan or pot of burning oil for the same reasons, according to VeryWellHealth.com.

Grease Fires Can Get Out of Control Quickly

Do not wait until the fire is out of control to call 911! The fire department can always return to the station if you are able to get the fire out before they get to you.

What to Do If You Experience an Oil or Grease Fire?

When to Call the Pros at SERVPRO of Toms River to Clean After a Grease Fire?

Because grease fires cause such extensive damage and be a long, intensive process, it's almost always advisable to call in professionals. SERVPRO of Toms River have the specialized fire restoration training needed to restore your home to pre-fire condition.