Can Watersheds Cause Water and Flood Damage in Ocean County? 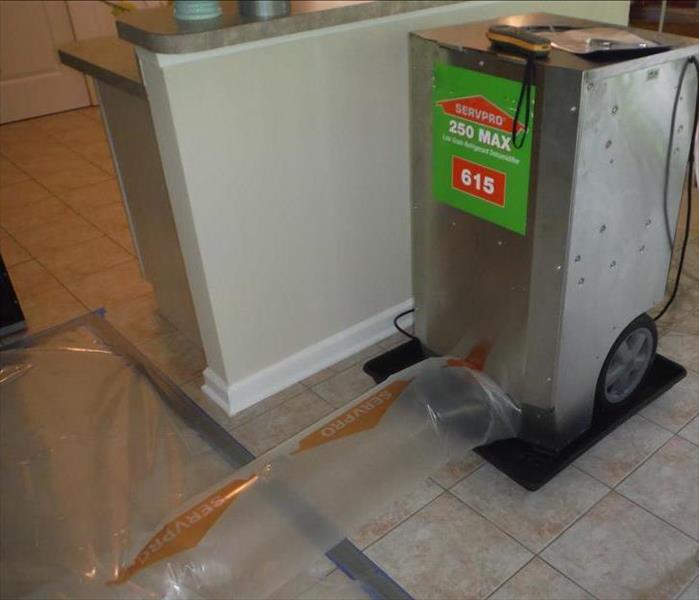 What is a watershed?

A watershed is simply the land that water flows across or through on its way to a common stream, river, or lake. It is a land area that channels rainfall and snowmelt to creeks, streams, and rivers, and eventually to outflow points such as reservoirs, bays, and the ocean. A watershed can be very large (e.g. draining thousands of square miles to a major river or lake or the ocean), or very small, such as a 20-acre watershed that drains to a pond, according to the US Environmental Protection Agency.

Not all water flows directly to the sea, however. When rain falls on dry ground, it can soak into, or infiltrate, the ground. This groundwater remains in the soil, where it will eventually seep into the nearest stream. Some water infiltrates much deeper, into underground reservoirs called aquifers. In other areas, where the soil contains a lot of hard clay, very little water may infiltrate. Instead, it quickly runs off to lower ground.

Rain and snowmelt from watersheds travel via many routes to the sea. During periods of heavy rain and snowfall, water may run onto and off of impervious surfaces such as parking lots, roads, buildings, and other structures because it has nowhere else to go. These surfaces act as "fast lanes" that transport the water directly into storm drains. The excess water volume can quickly overwhelm streams and rivers, causing them to overflow and possibly result in floods, according to the National Ocean Service.

What is a subwatershed?

Subwatershed means a portion of an identified watershed containing all the lands from which water, sediments, and dissolved materials drain to a particular receiving surface water body or to a particular point along a receiving surface water body, according to Law Insider. A small watershed that nests inside of a larger watershed is sometimes referred to as a subwatershed, according to Law Insider.

The term "watershed" is used to describe the drainage system of the Barnegat Bay. The various lakes, streams, and rivers located throughout this highlighted boundary all eventually run into the Barnegat Bay.

It is comprised of 11 subwatersheds and the barrier island communities. Each subwatershed drains into a particular stream, creek, river or groundwater which then flows into Barnegat Bay.

Over 560,000 people reside within the Barnegat Bay watershed, which includes nearly all of Ocean County and portions of Monmouth County.

A subwatershed is relatively small in comparison to the rest of the subwatersheds within the Barnegat Bay watershed; it encompasses approximately 950 acres of lands in the northeast portion of the watershed. Kettle Creek itself is a 7.5 mile freshwater stream that is fed by many smaller tributaries: the Main Branch (fed by the Green Branch and Tarklin Creek in Lakewood), the Tunes Branch, the Mudhole Branch, the Polhemus Branch (in Toms River Township) and the Long Causeway Branch.  It empties into the Barnegat Bay estuary in Brick Township.

The areas within the Kettle Creek Watershed boundaries are comprised mainly of tidal salt marshes. This area also contains some upland forest, lowland forest, pine barrens/pinelands, cedar swamps, and tidal wetlands. Due to intense development in this subwatershed, most of the native habitats have been degraded, according to the Barnegat Bay Partnership.

Can watersheds cause flooding?

When water enters the watershed too quickly for the land to absorb it, flooding can occur. Floods can result from rapid melting of winter snows, severe thunderstorms, tropical storms, and other precipitation events. Watersheds in urban areas with lots of concrete, pavement, and roofs, shed water quickly, while forested and grassy rural areas absorb more water. Accurate flooding forecasts rely on an understanding of land use, geology, and hydrology of an area, combined with weather predictions, according to NOAA.

As watersheds are urbanized, much of the vegetation is replaced by impervious surfaces, thus reducing the area where infiltration to groundwater can occur. Thus, more storm water runoff occurs - runoff that must be collected by extensive drainage systems that combine curbs, storm sewers, and ditches to carry storm water runoff directly to streams. More simply, in a developed watershed, much more water arrives into a stream much more quickly, resulting in an increased likelihood of more frequent and more severe flooding, says USGS.

With all the natural sources of water surrounding Ocean County, that gives Toms River residents and business owners many different causes for a water damage to strike your property.

SERVPRO of Toms River specializes in water damage cleanup and our highly trained technicians are available 24 hours a day, 7 days a week and 365 days a year. Call us today at 732-349-9898.